Lets not pass the Duchy on either side 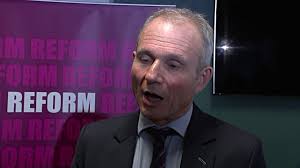 A couple of months ago on 25th June, David Lidington who is the Duchy of Lancaster as well as being the deputy Prime Minister made an important speech at an event organised by a think tank called Reform. There are all sorts of challenges that certain think tanks can create for our society which are made more acute in the case of those that are also charities. For example the Reform website states that “Reform is an independent, non-party think tank whose mission is to set out a better way to deliver public services and economic prosperity.” That it states it is non-party is perhaps stating the bleeding obvious as all charities have to be non-party based, a matter that was the case prior to a decision by the Tory led coalition to put even more pressure onto charities when they introduced part two of their lobbying bill.

There are several think tanks that are charities which are also clearly party political in their actions. A few months ago I wrote about a think tank called Legatum which is a charity but also clearly connected to the Tory Party, in part because its Trustee and CEO is a Tory Peer and it is also deeply Pro Brexit, so much so that the Charity Commission has criticised it for this. Then there is the Institute of Economic Affairs which is also a pro Brexit body and it recently appeared on TV following an attempt by Mark Littlewood to raise funds by introducing someone to a Tory Minister who he meets with regularly. Then we have Reform which includes a page on its website entitled “Our Work” and underneath there are six images covering six themes and each one shows the face of a Tory Minister or ex-Minister. According to the Daily Telegraph online an article dated 2008 states that the charity is: “Established: 2001. Political links. Good relations with Tories. Nick Herbert, Shadow Justice Secretary helped set it up. Status: Charity. Director: Andrew Haldenby, former head of political section, Conservative Research Department. Aims: to advance free market ideas and show that reform, as opposed to more spending, is the way to improve public services.”

Even if the politics can be ignored, when one looks at their board of Trustees for the Reform Research Trust which is Charity (no 1103739), the three Trustees that are listed on the Charity Commission website are all white men, and clearly middle aged. However when one checks on the Charities own website they now have a fourth Trustee, Catherine Davies who is certainly white and probably of a similar age but not a man. This is despite the fact that the Charity Commission recommends that the Trustees of any charity come from a diverse set of backgrounds. However putting to one side the lack of Political Independence and lack of inclusion of Reform’s Trustees, the speech from David begins:

“Thank you very much for that very kind introduction. It is a pleasure to be back here at Reform this morning. As Andrew said, it’s been about six months since I was last here, in December last year in my previous role as Justice Secretary”.

“While these measures will improve how the contracting process is carried out, we must also recognise the need for a more diverse marketplace itself. It is clear that competition for contracts has often favoured large suppliers, with too narrow a focus on value for money. But we want to see public services delivered with values at their heart, where the wider social benefits matter and are recognised. And that means government doing more to create and nurture vibrant, healthy, innovative, competitive and diverse marketplaces of suppliers. A marketplace that includes and encourages small businesses, mutuals, charities, co-operatives and social enterprises.”

It seems vital if this commitment to social benefits is serious that Ministers like David Lidington will be willing to take to task organisations such as the Yorkshire local authorities that have turned to Amazon to be their single procurement body for most aspects of their requirements. At the same time perhaps they could also ensure that the Charity Commission takes charities such as IEA, Legatum and Reform to task for breaking the rules that his party set out a few years ago.

I am passionate about the need for public policies to be made accessible to everyone, especially those who want to improve the wellbeing of their communities. I am particularly interested in issues related to crime and policing as well as health services and strategic planning.
View all posts by ianchisnall →
This entry was posted in Charities, EU Referendum, Lobbying Bill, Parliament and Democracy, Think Tanks and tagged Brexit, David Lidington, Institute of Economic Affairs, Legatum, Lobbying Bill, Mark Littlewood, Reform. Bookmark the permalink.